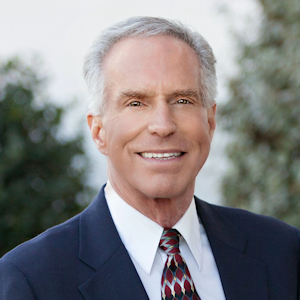 Jerry Holland, PE, FACI, is a Vice President, Director of Design Services and a Principal who works in the Atlanta, GA office. He was formerly with Lockwood Greene Engineers, Atlanta, GA. Jerry has over 50 years of worldwide experience in design and construction along with troubleshooting and forensics investigations for concrete materials, floors, pavements, topping slabs, other structures and related geotechnical problems. He specializes in concrete mix designs, floor slabs on ground (including superflat and other specialty floors) and suspended slabs, fiber reinforcement, post-tensioning, shrinkage-compensating concrete, paving and liquid containing structures. He has had projects in every state in the U.S. and on every continent except Antarctica. His projects included commercial, industrial, and military projects in the U.S. and in 51 other countries.

Jerry’s honors and awards include the following: the ACI 1997 Wason Medal for the most meritorious paper; ACI Fellow since 1998; Concrete Construction magazine’s 2007 most influential people in the concrete industry, 2009 "Sam" Golden Trowel Award for the "outstanding accomplishments in and contributions to the art and science of high quality horizontal concrete construction."; ACI Educational Activities Committee 2008-2009 Speaker of the Year; ACI 2014 Joe W. Kelley Award for work improving the world-wide concrete industry, and nine projects that have won First place in the ACI Georgia Chapter Awards Competition including a world record shrinkage-compensating pavement placement.

For many years Jerry has been a speaker at the World of Concrete on topics related to slab design, curling, shrinkage, reinforcing, concrete mix materials and design, associated geotechnical issues, troubleshooting, and remediation. In 1992 he set up the curriculum for the ACI Slab-on-Ground seminars and has been the coordinator and an instructor for that and other ACI seminar programs ever since. Jerry has presented seminars and assisted in the construction of high performance demonstration slabs all over the world. He is also an ACI examiner for the Certification Programs for “Concrete Flatwork Finisher” and “Commercial/Industrial Concrete Flatwork Finisher”.

Another area of Jerry’s expertise is in the science and art of Value Engineering. He has presented seminars on this topic in several countries and has participated in over 50 value engineering studies, several of which were outside the U.S.

"Reinforcement for Slabs on Ground – What it Will and Will Not Do", Concrete Construction, 2007 Special Floors Issue. - Contact Jerry Holland, PE, FACI for article or more information.

"And the Owner said, "Let There Be Light" but No Floor Joints or Cracks Permitted", Concrete International, January 1, 1996 - Contact Jerry Holland, PE, FACI for article or more information.